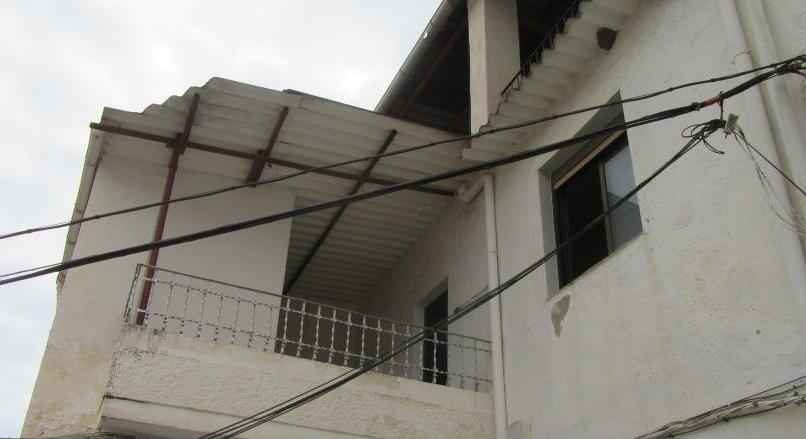 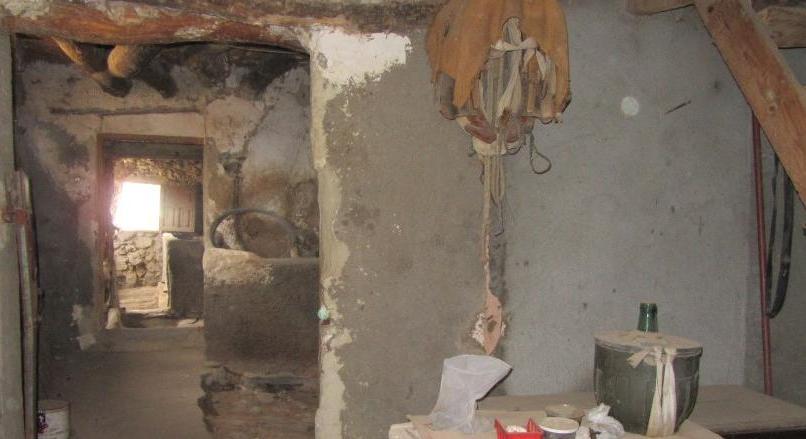 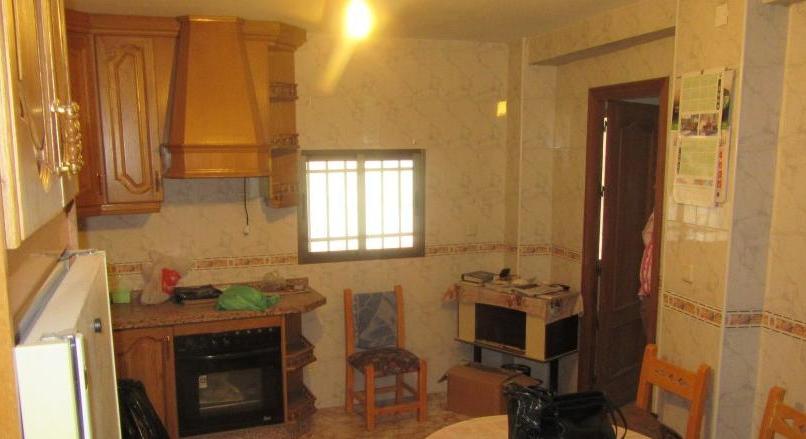 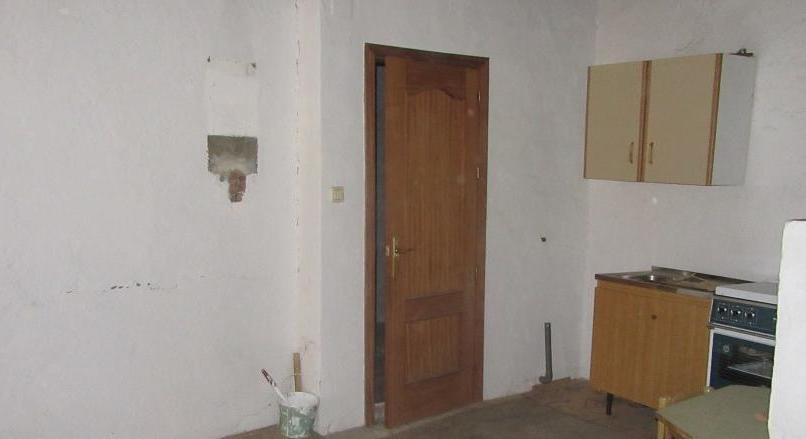 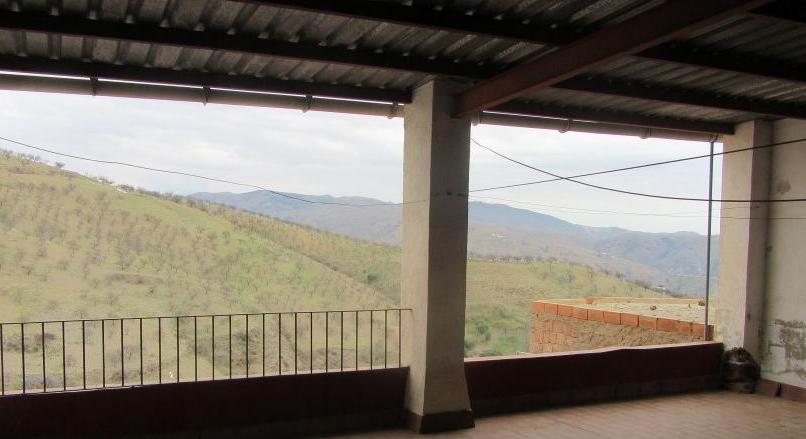 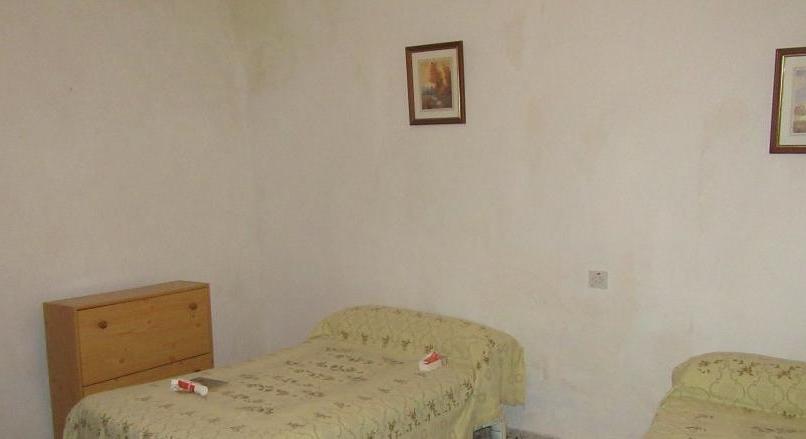 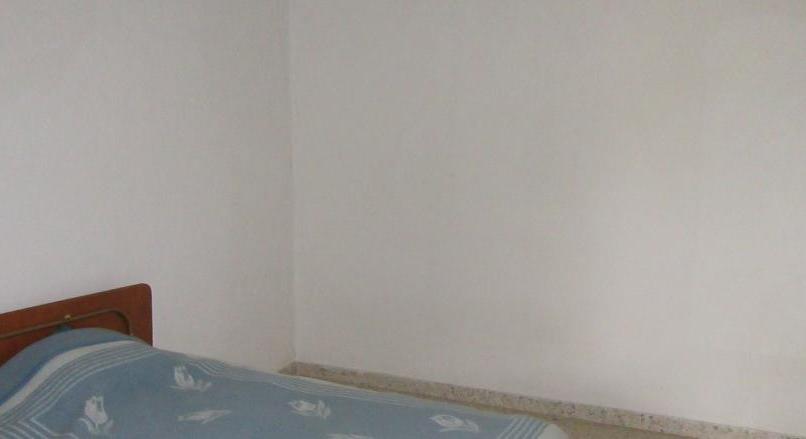 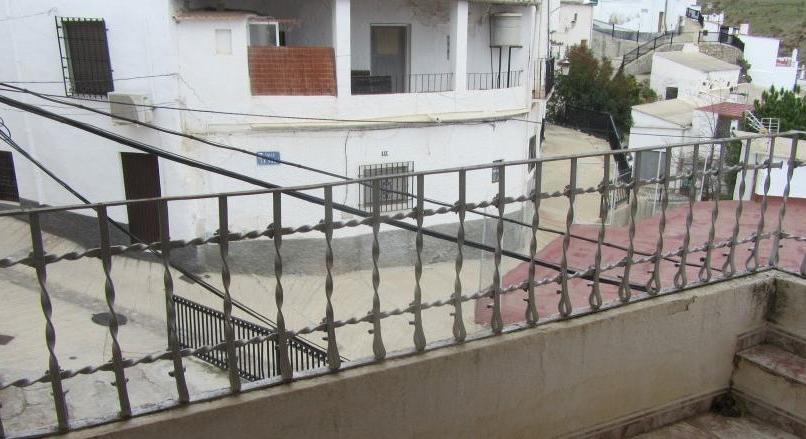 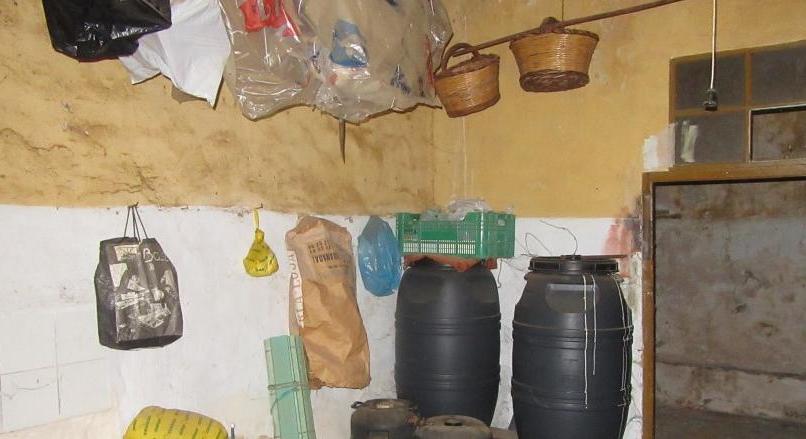 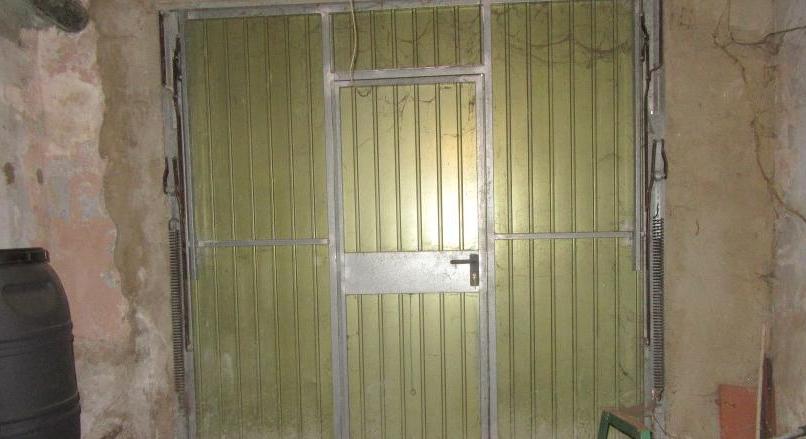 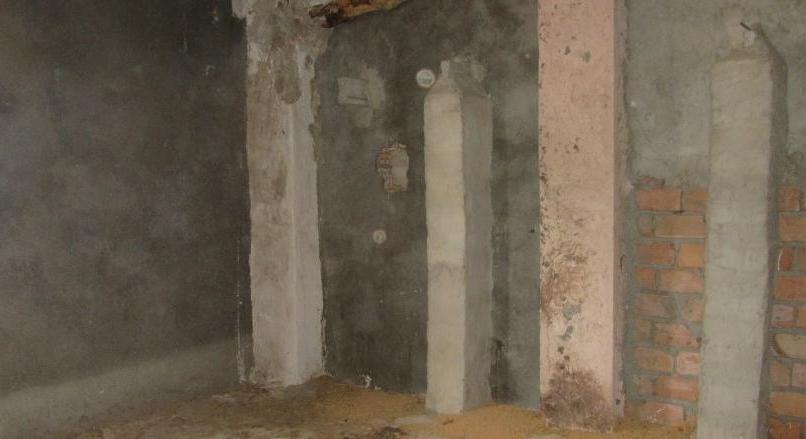 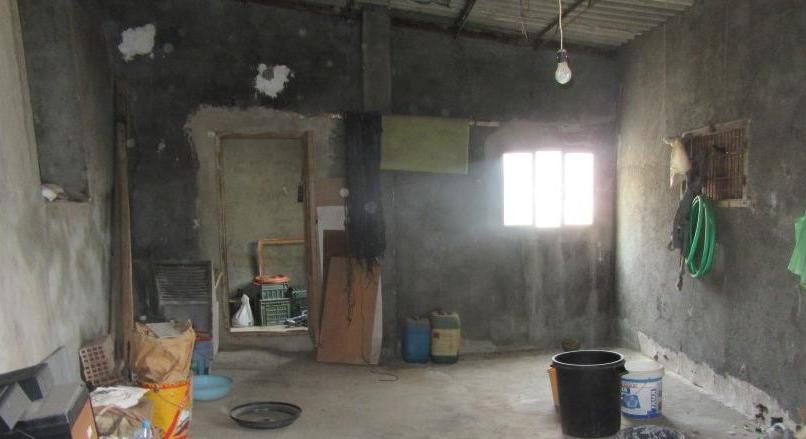 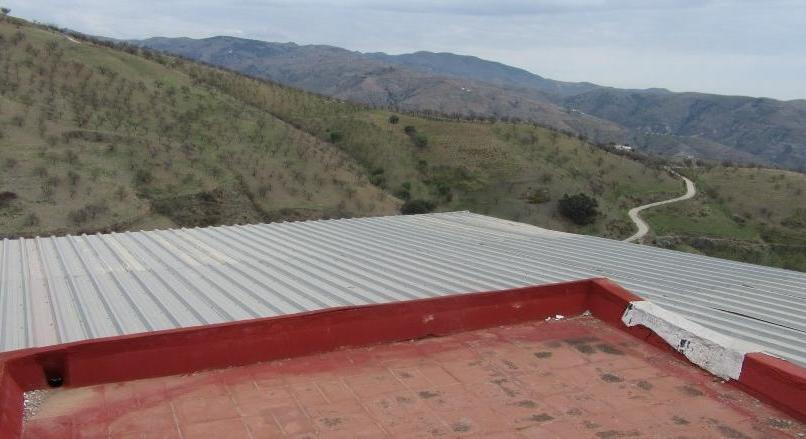 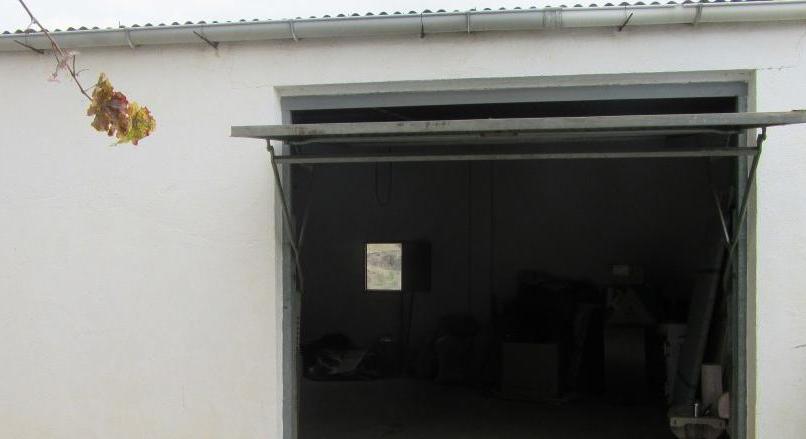 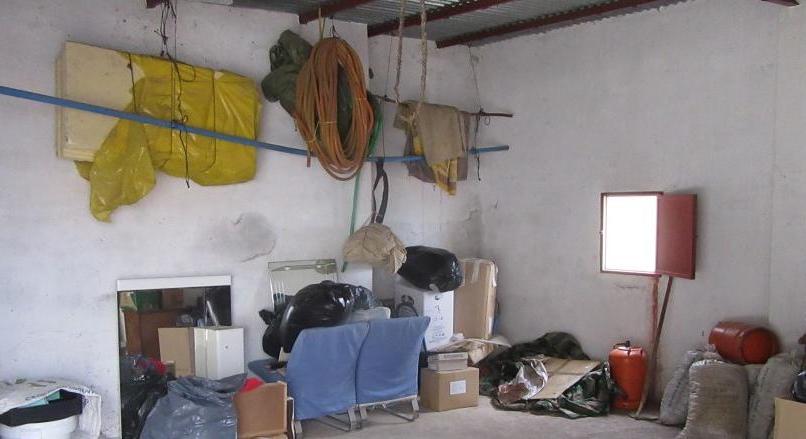 This large, traditional house is located within the village of Albondón which is a picturesque village with views of the Mediteranean sea & the Sierra Nevada mountains. It is famous throughout the Alpujarras for its locally made wine. It is situated a 15 minutes drive from the sea & the beach villages of La Rabita & El Pozuelo. It is also on the doorstep of several other Alpujarran villages. Although a tranquil village, it has several public facilities such as a Public Swimming Pool which is open in the summer months, a Doctors surgery, a Pharmacy, a Town Hall, Banks, Sportshall, Tennis court, children's playgrounds, a primary school, food & clothes shops, Mechanics, 3 bakeries, butchers, a fishmonger who comes 4 times a week, bars/restaurants & Free Internet centre which gives free weekly Spanish lessons...in essence, everything you need for everyday living.

This property is located in the middle of the village & has car access to the rear of the property.

By the middle floor entrance of this property, there is an external store room to the right of the actual entrance which has an open fireplace.

On entering the property itself at this level, one finds a reception area which has on the right hand side access to a fully tiled shower room that consists of a shower tray, sink Bidet & WC.

Next to this room there is access to a storeroom/pantry.

At the end of this reception area there is a doorway which leads to four interconnecting rooms which were used to stable mules. This is a large area & could easily be converted into extra living quarters if wished.

To the left of the reception area there is a doorway which leads to a sizable fitted kitchen.To the rear on the right of this kitchen there is a doorway which leads to large utility room, that in turn gives access to a second shower room which consists of a shower tray & a sink & there is plumbing for a washing machine.
The utility room also has a door which gives access to a large covered terrace which has views of the surrounding hillsides & the village itself.

To the front-right of the kitchen area there is a staircase which leads to the lower floor of the property. On descending the stairs one finds a landing which gives access to a large double bedroom & a smaller bedroom with a fitted wardrobe.

At the rear of the reception room there is a doorway which leads to a small balcony & also gives access to a third shower room which consists of a sink, shower Bidet & WC.

On this floor there is also a large storeroom which consists of 2 rooms & a garage which was used as a Bodega to make & store wine. This room has garage doors which lead to the lower street level.

Back on the middle floor & in the first room where the mules were kept, there is a staircase which leads to a higher floor of the property. On ascending these stairs one finds a sizable room where chickens were kept & has a hatch door which leads to the higher street level.

Next to this room there are a further 2 interconnecting rooms of which the first room has a doorway which leads to a small roof terrace that again has views of the surrounding hillsides, the village & down to the Mediteranean Sea. This room also has a doorway at the rear that leads to the higher street level of the property.

On exiting the property via this rear door, one finds the street which gives access to the large garage of the property.

This property is connected to electricity & mains sewers but the water has been disconnected, although reconnection is possible.

In all this is a large property, full of potential & could easily be converted into 3 separate apartments if wished, as each level has its own street access or converted into a rural accommodation business. 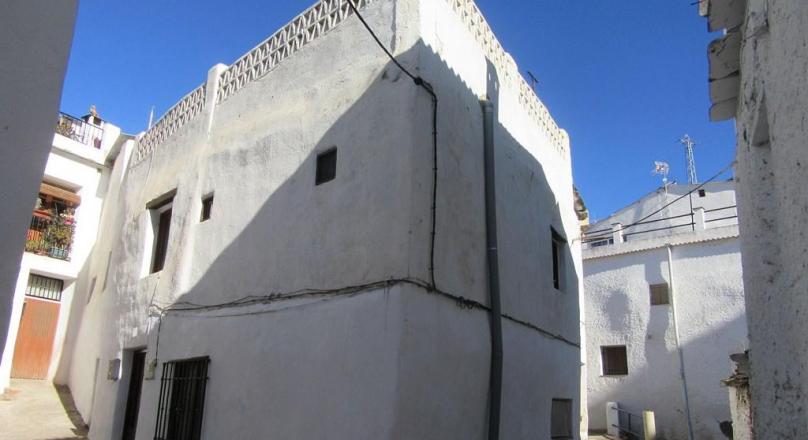 This lovely townhouse is situated within a Private Urbanisation, in the village of Albondon , & has an inviting communal...
View listing
Please past text to modal