Listing status: Active
Property type: Multifamily
Property ID: C0530
Listing type: House for sale
Rooms: 4
Bathrooms: 1
Bedrooms: 4
Built year: 1960
House size: 283 Sqrt
This large, 3 floored village house of approx 283m2 is situated within the village of Berchules which is where one can get away from it all & find a taste of the real Spain in a peaceful, unspoiled mountain village. It is a small, friendly village with various public facilities & spectacular views. The village itself is surrounded by open space it is the perfect place to relax. There are miles of walking straight from the doorstep from simple strolls or walks between the villages to challenges in the Sierra Nevada.On entering this spacious property via double, wooden doors one finds a large reception area.From this reception area there is a central staircase which leads to a large landing with French doors that leads to a Juliet Balcony & double wooden doors which give access to the second entrance of the property. The landing also gives access to a large storeroom, which also has 2 smaller rooms attached, of which one has access to a walled garden. This large storeroom has access to the street level, so could easily be converted into a self-contained apartment if wished.The reception area also gives access to a second staircase which leads to the second floor of the property. On ascending the stairs one finds a landing which gives access to a lounge with French doors that leads to a Juliet Balcony. This room also has an archway which leads to a bedroom which again has French doors that leads to a Juliet Balcony.At the other end of the landing there is access to a second bedroom which has an archway which leads to a further, smaller bedroom. The larger bedroom again has French doors that leads to a Juliet Balcony.In the middle of the landing there is a doorway which leads to a covered terrace with 2 arches that have wonderful views of the surrounding village & hillsides.Across the landing from the terrace is access to the kitchen of the property which has a walk-in pantry.To the rear of the kitchen there is a doorway which leads to a bathroom which consists of a shower unit, sink, bidet & WC.Next to the bathroom there is a further bedroom & next to that a utility room that has a traditional bread oven. To the rear of this room there is a staircase which leads to the extensive roof terrace which has panoramic views of the entire area.The property is connected to mains water, electric & sewage. There is also Internet coverage in the area.The property is also being sold furnished.In all this is a property, full of character & located in a beautiful village with stunning views.If you have any questions or wish to view this property, please do not hesitate to contact us, as we do not charge for viewings.Above description and photos originated by Inmobicosta Granada and subject to Copyright © 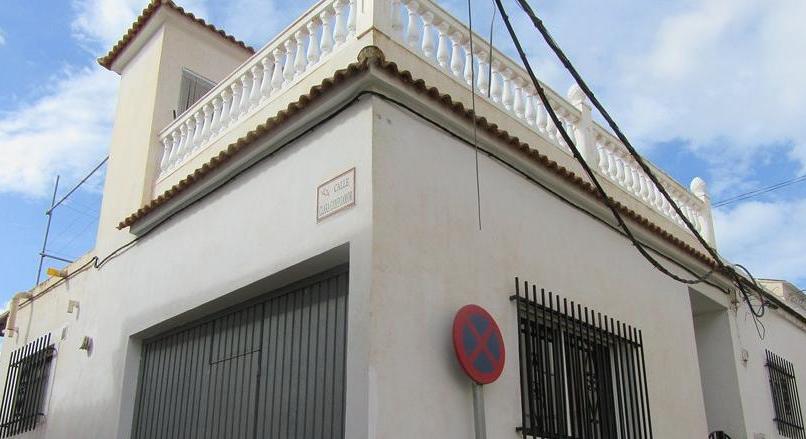 This beautiful​ly presented ​property​ , which was built around 1974 is situated within the large hamlet called Los Castillas which...
View listing

This property is located within the village of Juviles which is in the central Alpujarras, in the province of Granada....
View listing
Please past text to modal